Wetlands of War: The Case for Amphibious Warfare in Prehistory 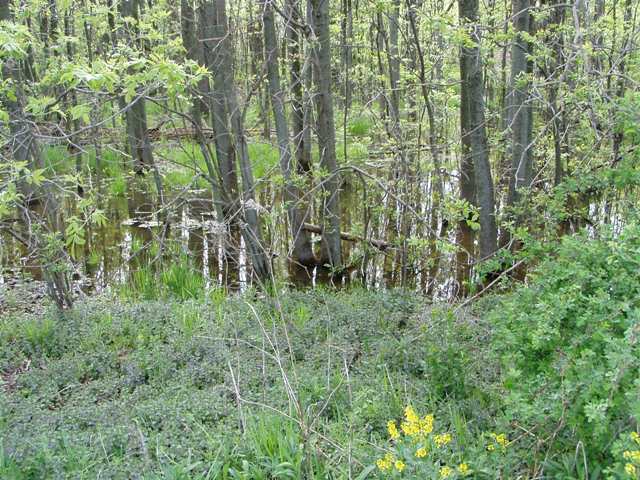 In recent decades, landscape archaeology has redefined wetlands, not simply as boundaries, but as dynamic areas that both housed and influenced the daily experiences of their inhabitants. While the economic and sociopolitical nature has been addressed by the works of Van Der Noort (2004, 2011), O’ Sullivan (2006) and Clark (2006), the role of wetlands in prehistoric warfare has yet to be discussed. This is predominantly due to the modern appointment of both combat and wetland archaeologies as sub-disciplines, and the recent developments in the palaeogeographical modeling of wetland environments. While the evidence for these amphibious battlegrounds in prehistory is often limited to theoretical discussions, several historic examples can be drawn from both New World and Old World sources which demonstrate a strong understanding of the tactical advantages of wetland warfare that would have been carried out by prehistoric communities.

The Economic and Ritual Value of Prehistoric Wetlands

As a landscape, wetlands blur the distinction between terrestrial and aquatic zones. However, wetlands are not simply a merger of these two distinct environments but rather a unique set of landscapes in their own right, valued for ritual and economic use. Uncovered dockyards and trackways from the East Anglian Fenlands and the Humber Wetlands present a strong case for a preference of wetland-based lifestyles over more terrestrial agricultural practices (Pryor 1998, Van Der Noort 2004). Additionally, votive deposits have been frequently recovered such as decorative jaded axes in the Humberhead Levels of northern England. 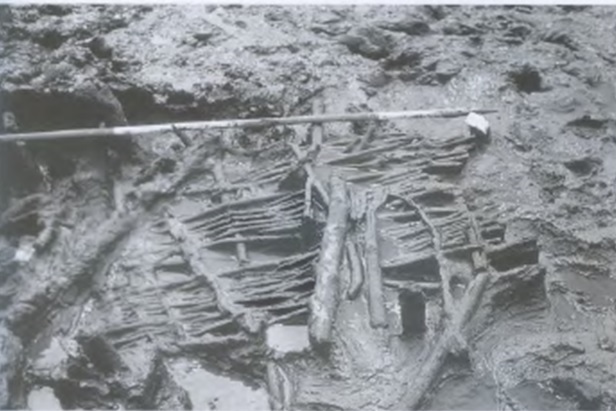 In the scope of combat archaeology, wetlands are commonly discussed in a funerary context as much of the recovered evidence from wetlands relates to mass graves or ritual deposits of weaponry and warriors. Evidence of bog deposition in sites such as Levänluhta in Finland, Red Bay in Newfoundland, CA and the discovery of the Hjortspring boat from Southern Jutland demonstrate the range of this practice in various regional wetlands. Whiles these sites hold ritual significance, an absence of archaeological material with a combative nature does not exempt wetlands from participating in violent events.

While evidence of the strategic use of wetland fortifications can be found as early as the Roman period, Clausewitz best describes the benefits of wetlands in wartime, especially as a stage for guerrilla attacks (1893). Unlike other environments, wetlands are able to fulfill all of Clausewitz’s criteria for guerrilla warfare, including the ability to be carried out in the interior of a political zone, extending over a considerable portion of a country, occuring irregularly, being difficult in nature, being unreliant on a single strike and having the ability to gather the support of the community.  Wetlands consisting of lowlands and morasses with a limited number of crossings  are even described by Clausewitz as some of “the strongest lines of defense which can be formed” (1983: 289). However, these same features inhibit successful skirmishes if the waters prove impassable, limiting forward advancements and potentially preventing retreats. Regardless of their paradoxical nature, wetland environments have proven their  value  in wartime throughout the modern and historical eras.

Outstanding examples of wetland warfare can be drawn from historical narratives of Hereward the Outlaw, who resisted William the Conqueror and “the swamp fox” General Francis Marion, a celebrated hero of the American Revolution. Both of these individuals understood the tactical value of wetlands and heavily utilized these environments in their military campaigns. One specific wetland, the Black Swamp of the Niagara Peninsula in Canada, provides a strong demonstration of amphibious warfare that cements the value of wetlands in a combative context. Throughout the War of 1812, the Canadian 104th foot New Brunswick regiment was stationed here and used the outpost as refuge, benefiting from the defendable nature of wetlands in war. Later in 1814, the British Commander Drummond withdrew his forces into the swamp to avoid entrapment by American troops. Though individuals such as Lieutenant John Le Couteur complained about the muddy and humid nature of the area, Canadian strategists understood the importance of the location, especially in relation to preventing increased American occupation of the Niagara Peninsula (Giblett 2014).

A view of the modern remnants for the Black Swamp in the Ottawa National Wildlife Reserve (Patrick 2015). 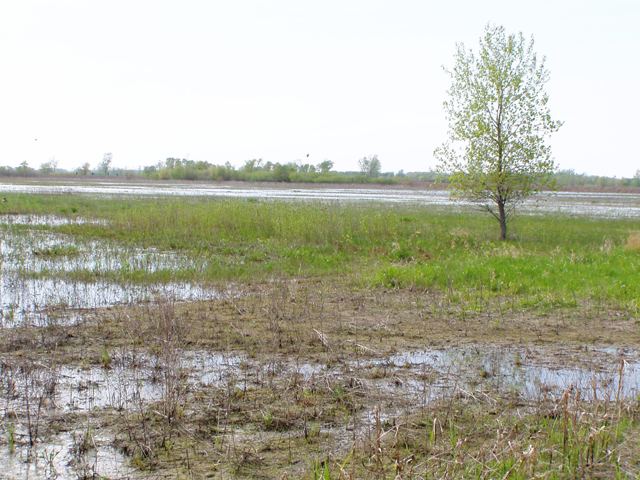 While historic examples portray the tactical advantages of wetland warfare and previous studies into paleo-wetlands has shown the general significance of this landscape genre in prehistoric lifestyle, there remains a significant lack of evidence supporting the claim of amphibious battlegrounds in prehistory . However, as wetlands provide exceptional preservation of organic and inorganic materials, there remains hope to eventually uncover material of a combative nature in these settings. One possible method to better visualize and find these forgotten battlegrounds would be through reconstructing palaeo-wetlands and using Geographical Information Systems (GIS) analyses to determine the nature of these wetlands and whether they lie in areas that would have been disputed over. While much of this work is speculative, the nature of wetlands – as desirable and contested areas with tactical advantages in warfare – present a landscape that would have been profusely utilized by prehistoric communities in times of war and peace.

The Case of Refshaleborg Castle Artefact of the Month: The Mail Chausses of Mølledalen, Buskerud

Eric Rodriguez is a an maritime archaeologist and a geographic information systems professional currently based in southern California. He holds an MA in maritime archaeology from the University of Southampton and a BPhil in Anthropology & History from the University of Pittsburgh. He specialises in wetland studies, studying both reconstructive techniques and their influence on prehistoric and historic communities. In addition to his current position, Eric continues his research on European wetlands, focusing on the Humber wetlands of Northern England.

One thought on “Wetlands of War: The Case for Amphibious Warfare in Prehistory”