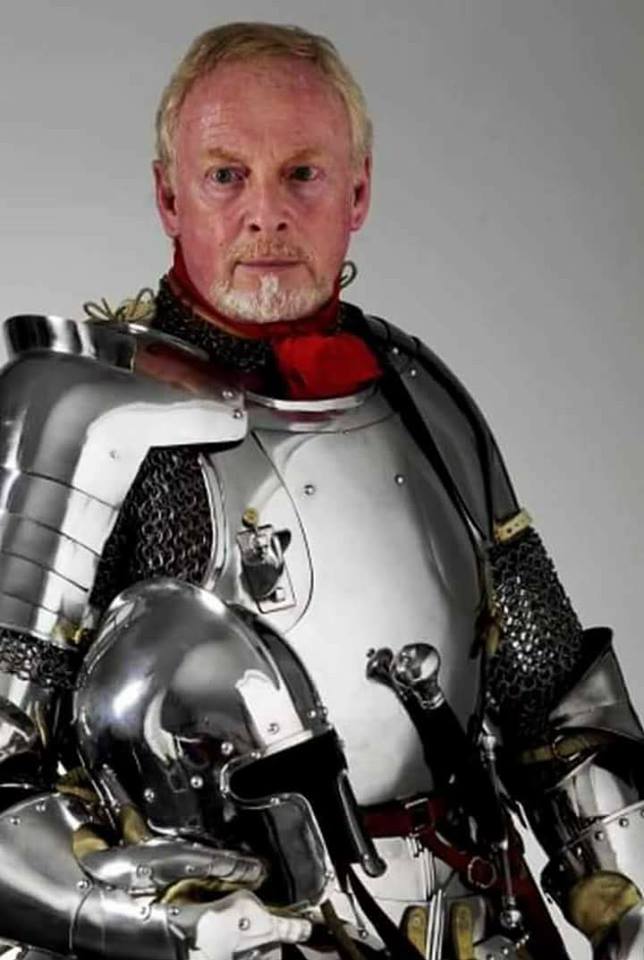 This weekend, we received the sad news that John Waller passed away. He was 77 years old. Having meant so much for many of our members and the very founding and development of our society itself, he will be sorely missed in our circles.

John had conducted research into the construction and use of arms and armour since the late 1950’s and was a world authority on historical combat. His achievements, which are too numerous to be listed here in full, and his life-long commitment has had a great influence on a number of disciplines, including historical martial arts, stage combat, reenactment and academic research (archaeology and history). Being, among other things, an accomplished archer, swordsman and horseman, John was dedicated to exploring the practical aspects of historical combat and generously shared his knowledge both through academic publications and the many productions in which he acted as consultant or fight director. These range from historical documentaries by the Royal Armouries Museum – where John worked as Head of Interpretation before his retirement – to films such as “Monty Python and the Holy Grail” (1975) and Robin Hood (1991).

For us, John has been a source of inspiration in many ways but also a friend. He carried himself with an aura of honour and loving solicitude, never failing to give everyone in the present company his attention. With his perfect gentlemanly conduct, knowledge and stories, John had an incredible way to encaptivate people, silencing entire tables of loud Scandinavians at the pub during our reunions. Over the years – and long before the founding of Society for Combat Archaeology – John has generously shared his extensive practical and theoretical knowledge with our members, always in the humblest fashion imaginable. John’s valuable knowledge and his general approach have not only influenced many of our members’ understanding of combat in the past but also our academic endeavours. John’s influence is, in several ways, what led to the founding of the Society for Combat Archaeology. Many of us would never be where we are today had it not been for John. To that, we – like many others – owe our greatest gratitude.

John, even as he has passed on, will continue to act as a role model and source of inspiration. He will be remembered by virtue of his kind personality and incredible commitment towards advancing our knowledge of historical combat.

We offer our sincerest condolences to his wife, Rosemary, and his son, Jonathan Waller. Our thoughts go out to you and all of those whom he inspired.