Jan 26, 2015 Rolf Warming All Posts, Combat Archaeology, Our Artefact of the Month 1 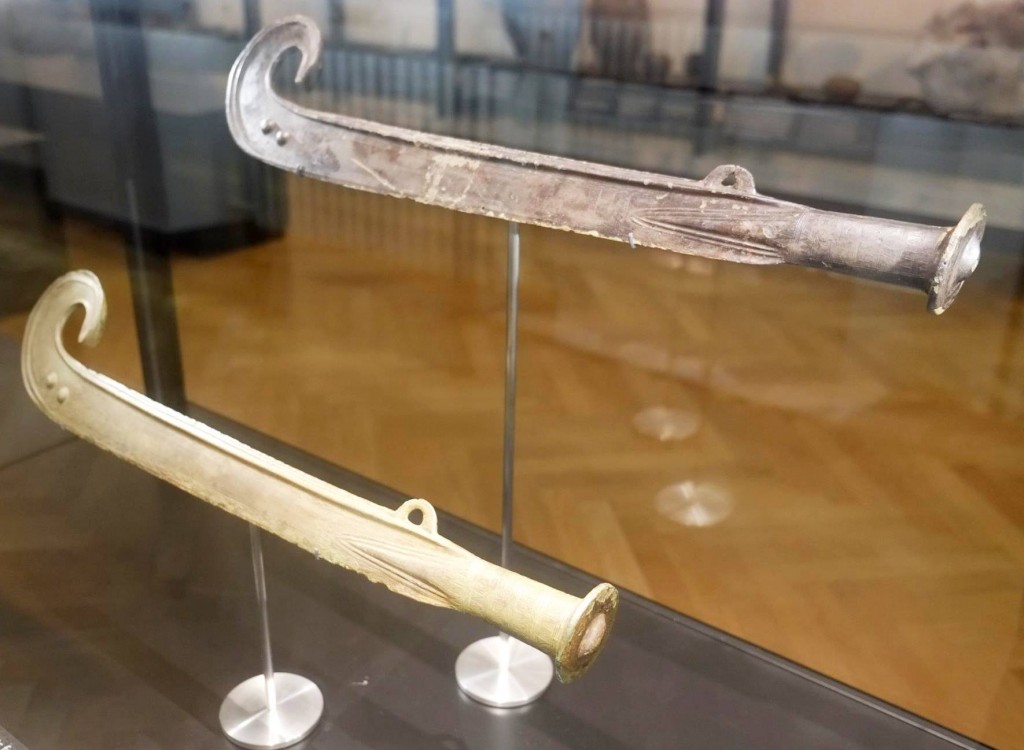 A peculiar class of swords emerge in the earliest periods of the Danish Bronze Age, namely the curved sword. The specimens from Rørby Mose, western Zealand, are amongst some of the most impressive armament finds from the Early Bronze Age. 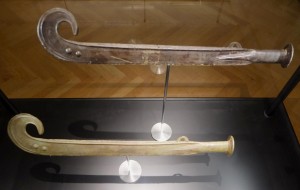 Fig.1: The Rørby swords on display at the National Museum of Denmark

The first of these swords was found by chance in 1952. Five years later, again by chance, the second was found, only a few meters away from the location of the first.  The two swords are nearly identical and both intensively decorated with geometric patterns which reveal a date of c. 1600-1500 BC (fig.1.).

The second of the swords found at Rørby, however, features a distinctive depiction of a boat on its blade and is the earliest known of its kind in the history of Denmark (fig.2) The depiction is strikingly similar to the boats contained in the many Bronze Age rock art panels of Scandinavia as well as the Hjortspring boat from around 350 BC. In a certain sense, the morphology of the Rørby swords, with their curved extremes, also bear some resemblances to these boats. 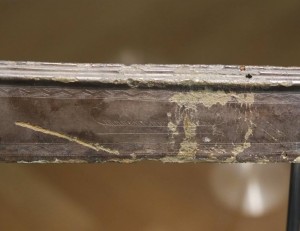 Fig.2: Detail of the blade of one of the Rørby swords, showing a depiction of a Bronze Age boat 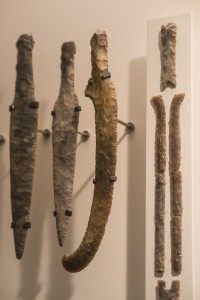 Although impressive, there is little to suggest that these curved swords had any combative function. They are massive and unwieldy and their morphology does simply not allow for any functional interpretation in combative terms. Being made of expensive bronze and so intensely decorated with fine geometric patterns, the swords can more appropriately be assigned to a symbolic role. This is also confirmed by a slightly peculiar discovery of a flint imitation of a curved sword, namely that of Favrskov (Jensen 2006: 74, 84; fig. 3).

The symbolic role of the swords is difficult to pinpoint, but the few traces in the archaeological record of these curved swords seem to suggest that the swords should be seen an expression of a larger ceremonial phenomenon, rather than an isolated symbol in its own right. It is firstly important to note that only a few these swords (or fragments of them) have been found. Three almost identical swords have been uncovered in Sweden. These have been dated to c. 1700-1500 BC based on metal composition and the

It is firstly important to note that only a few these swords (or fragments of them) have been found. Three almost identical swords have been uncovered in Sweden. These have been dated to c. 1700-1500 BC based on metal composition and the stylized geometric decorations which are also noticeable on other Early Bronze Age armaments, e.g. the Fårdrup axes and Bagterp spearheads (Vandkilde 1996: 231). The only other parallel is a smaller bronze fragment from Viby which is assumed to stem from the hilt of a curved sword. Even granting this, and including the flint imitation from Favrskov, it seems unreasonable to claim that seven specimens alone can adequately represent the complex ideology behind these armaments. 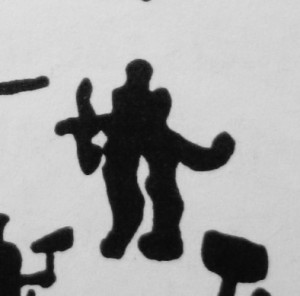 The depiction of the boat on the blade of one of these swords is revealing in that it hints at an association with the ceremonial contexts known from the contemporaneous Scandinavian rock art panels, where such depictions appear in large numbers. However, amongst the many thousands of these carvings, there is to my knowledge only one depiction of a figure carrying a curved sword (fig. 4). The depiction in question is from Kville Hundred, Sweden, and it features a figure holding a bow and arrow while the curved sword dangles by his side. Curiously, whenever swords appear in the rock carvings – even those with a more functional appearance – they ordinarily remain in the scabbard, hanging down by the side of their carrier. Despite the recent rock art discoveries in Brastad parish, Bohuslän, which seem to contradict the notion that the rock art panels only depict peaceful scenes (Toreld 2012), it remains clear that representations of warriors with drawn swords are more of the exception than the rule. The depicted swords instead seem to function mainly as symbolic attire elements, perhaps hinting at the martial character of their owners (Osgood 2000: 24; Kaul 2007: 66). The archaeological remains of bronze swords of a more practical appearance also suggest a widespread and general symbolic use of swords, given that many of the swords have never been sharpened or sustained any battle scars (Osgood 1998: 29). Perhaps the Rørby swords was simply an early and more costly variation of this phenomenon? Whatever the symbolism entailed, it is evident that the curved swords should seen in light of this larger ceremonial and non-combative armament phenomenon which, besides, was not only limited to swords but also included shields, axes and even helmets.

One thought on “The Rørby Swords”