Jan 12, 2018 Konrad Kessler All Posts, Combat Archaeology, Our Artefact of the Month, Uncategorized 0

Contrary to common belief, it is not the sword but the “Messer” – German for knife – that should be considered the most widespread bladed weapon in medieval and early modern Germany.  It existed in many varieties and had a number of different functions. Depending on the circumstances of its use, the Messer was also called “Langes Messer” (long knife), “Großes Messer” (Great Knife), Bauernwehr or Hauswehr (peasant’s or household arm) and Kriegsmesser (war knife).

It is generally defined by a single-edged blade with a knife-like hilt construction. The single-edged blade provides a higher sturdiness. Along with the sturdiness, the weight of the blade – compared to a double-edged weapon – makes the Messer not only a weapon but also a good tool. 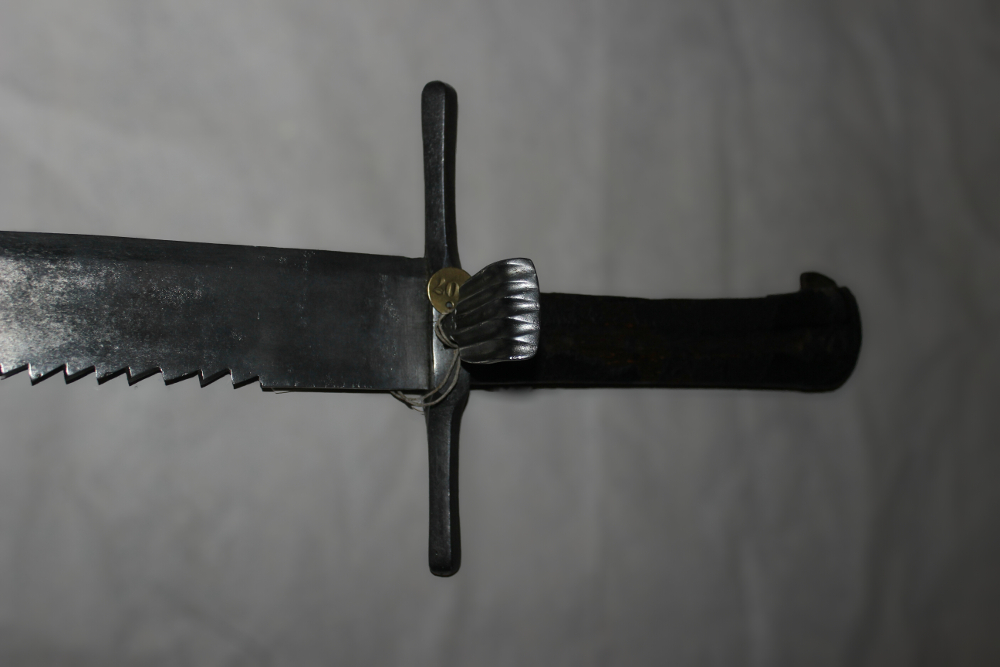 Close-up of the “nagel” on the Großmesser (Oss 307) (photo: Konrad Kessler)

The hilt construction of the Messer usually shows a slab tang covered with pegged wooden grip plates. In addition to the common straight cross-guard, Messer hilts often include a “Nagel” (nail) – a simple or decorated third parry on the side of the cross-guard.

Like early swords, Messers were also used as hunting weapons without differentiating between their purposes. Although later hunting-swords developed a specific blade design, the major difference in later Messers for hunting, civilian and war use is to be found in the decoration and material of the hilts.

Depending on its use, the Messer can also combine additional functions, most commonly a saw back, which, besides, also can be observed on hunting knives as well as Messer-type weapons for engineers in military use. 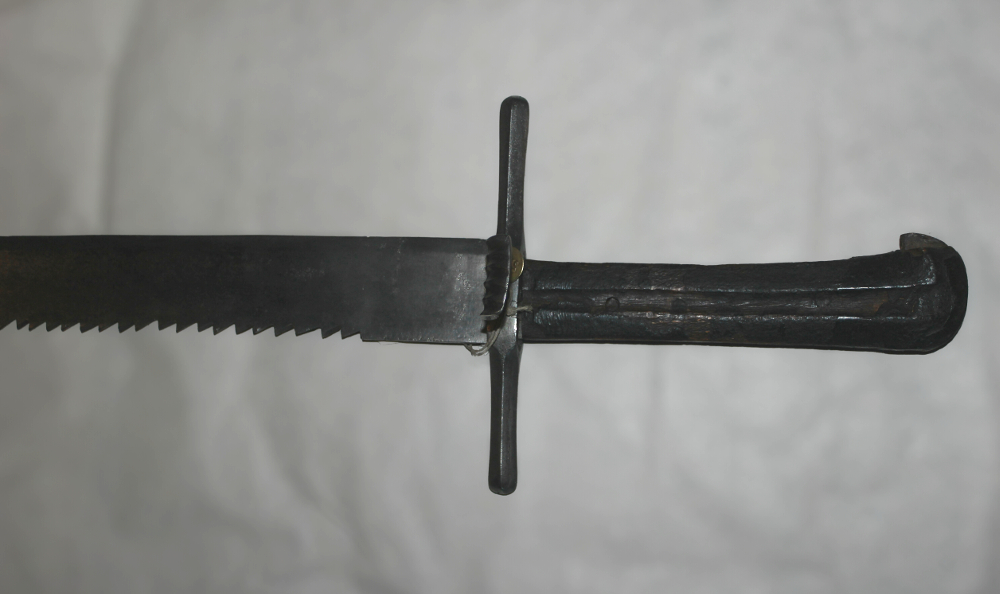 The Großmesser (Oss  307) in the Schwarzburg-collection is equipped with a hilt for one and a half hand. The wooden grip ends in a birds head shape and carries remnants of a black leather cover. It has a straight crossguard with shell-shaped parry (mail). The blade is single-edged and slightly curved with saw back and rounded tip. The blade is pierced with a circular hole above the Ort (point), probably for better use as a saw. The type is one which was used in both in hunting and warfare. The significantly lower quality of the toothing and the distal tip compared to the processing of the blade suggest that the weapon was later converted into a tool. Originally, a scabbard containing a drill and a rasp were part of the object.

Length of the quillons: 195 mm