Toward an Archaeology of Boarding: Naval Hand-to-Hand Combat Tactics in Northwestern Europe in the 16th Century.

A larger Swedish warship engaged in ordnance battle with a smaller Danish as depicted in Rudolf Dewenter’s Berich von Pulver und Feuerwerken from 1585, a manuscript dedicated to King Frederik II and used in the education of Prince Christian (later Christian IV). The essence of this, that well-armed and maneuverable smaller vessel can do much damage to a larger vessel (grossen abbruch und Schadten), reflects a philosophy that came to be embraced in northwestern Europe in the late 16th century, marking the inception of impersonal warfare (adopted from Wittendorff 2012).

Toward an Archaeology of Boarding: Naval Hand-to-Hand Combat Tactics in Northwestern Europe in the 16th Century.

Much research has been undertaken over the years to illuminate the use of naval power in European warfare in the past (e.g. Corbett 1905; Paviot 1997; Dickie et al. 2009; Nelson 2001; Rose 2002; Grant 2008; Hildred 2011); yet, there has been surprisingly little written on the subject of naval boarding and hand-to-hand fighting tactics at sea in general. Within the overall trajectory of the development of warfare at sea, naval hand-to-hand combat in 16th century northwestern Europe merits special attention and presents itself as a particularly instructive topic. The NW European commitment to extricate itself from the medieval bind of determining naval battles by boarding and the focal shift towards heavy ordnance fire tactics is an important stage in the development of naval warfare (fig. 1); but it cannot be fully understood before we adopt a more holistic approach to understanding engagements at sea, one that also includes and explains the practice of naval hand-to-hand combat.

In researching the practice of naval hand-to-hand combat in northwestern Europe in the 16th century, I examined the Mary Rose and contemporaneous Danish warships. This served to outline the tactical significance of the soldiers and armaments as well as those constructional expediencies of carracks and carvels that can be considered endemic to naval hand-to-hand combat in this period: tumblehomes, shipbourne castles, anti-boarding netting, balustrades, etc. The individual physical features that constituted the combative setting aboard the Mary Rose could be elaborated upon to a considerable degree through archaeological and historical means, wherefore the ship presented herself as a prima facie case for enquiring into how these components functioned collectively on an operational level. On the basis of what was plausible and preferable within the combative setting, I reconstructed several of the functional relationships between staff weapons and the construction of the open waist (fig. 2). These assessments were extrapolated from the available dimensions and the attributes of the weapons as well as the insights gained from naval fighting instructions and martial arts treatises from the 16th century (fig. 3). 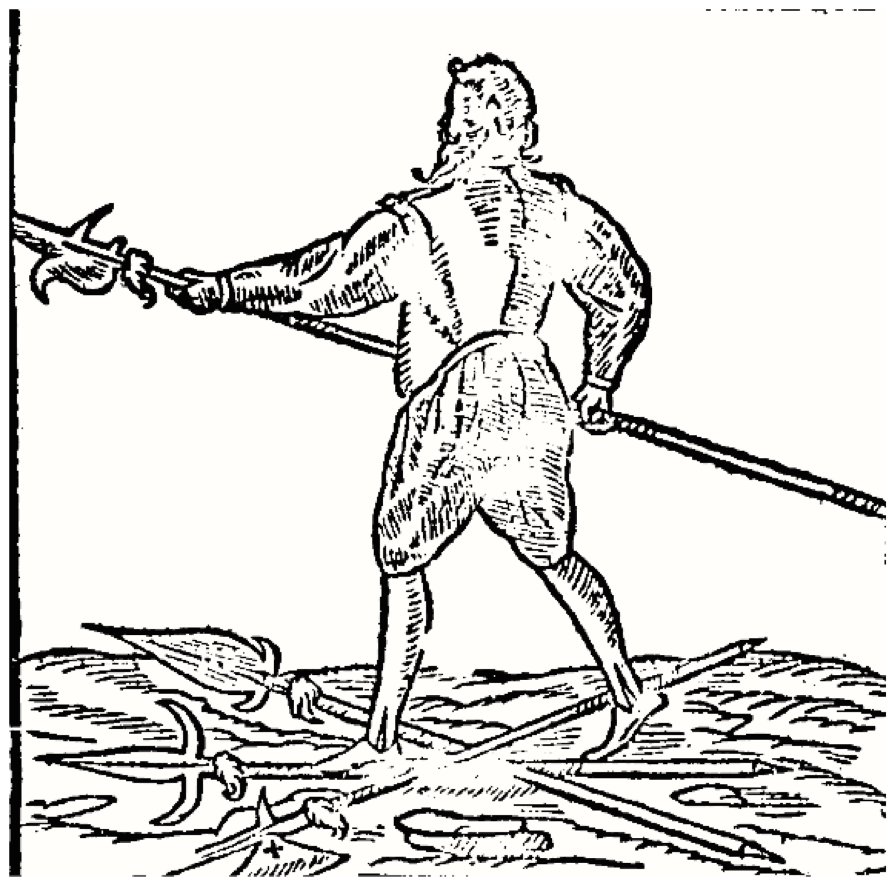 Fig. 3: Di Grassi’s illustration of a middle guard for the bill for stabbing and slashing (adopted from di Grassi 1594: 67).

The research underscores the significance of boarding in naval warfare and shows that both historical and archaeological data can greatly contribute to this rather attenuated aspect in warfare studies. The insights gained from a dialectic approach provide an unparalleled degree of micro-level detail regarding the practice of naval hand-to-hand combat, culminating in an animating and revitalizing effect upon both the archaeological material as well as the historical sources. Moreover, being a cultural performance – and not merely a pragmatic phenomenon contained within a social vacuum and devoid of a social discursive history – the details uncovered in my investigation are at once reflective and instructive in matters that can be ascribed to general macro-level categories, such as sociopolitical and economic structures. The practices of hand-to-hand combat are intricately intertwined with the development of states in early modern Europe and illustrate how absolute princes and other political leaders could propagate the general scope for violent ventures (which dramatically increased from around 1500 in Europe) through particular juxtapositions of technologies and armed forces. Concurrently, the practices can be seen as a stimulus for ideological change, inasmuch as it could have contributed to the skepticism about the rightness of war that emerged in the 16th century, most notably expressed by humanists, such as Erasmus, and radical Protestants such as the Anabaptists (Tallett & Trim 2010: 6). The significance of these considerations extend beyond the domain of academic theorizing; there is also practical value for modern societies in studying the conditions involved in the transition from naval close-quarter combat to heavy ordnance fire primacy in naval battles. Most critically, it offers an indispensable chance to study the causes and repercussions of purely impersonal warfare, a form of violence first manifested in the 16th century with the effective use of heavy ordnance tactics at sea and thereafter increasingly intensified in the course of the modern period in naval, terrestrial and aerial form. Now, with the ever-more impersonal approach to waging war and the employment of such extreme expediencies as unmanned aerial vehicles, or drones, it is evident that comparative studies between the conditions of personal and impersonal warfare are of utmost significance. Thus conceived, an investigation into the practice of naval hand-to-hand combat provides a whole new arena for those interested in examining agency in terms of how people act in the world – i.e. what they actually do, think and feel – and for the study of such social patterns we call “systems”, “structures”, “cultures”, etc. with reference to the practice itself. Much more research is needed in this field, not only of how contemplative people in the past attempted to introduce order into that ultimate chaos of human affairs at sea, warfare, but also of the proximate causes and effects of these endeavors.