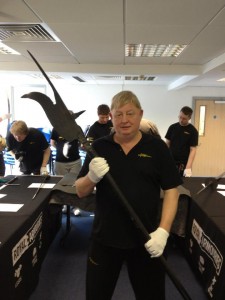 Combat Archaeology members Lars Lind and Andreas Hansen will be making a study trip to the Royal Armouries in Leeds and visit John Waller (former Head of Interpretation) with a special focus on studying Medieval warfare, weapons and armour!