What is “Combative Arts”? 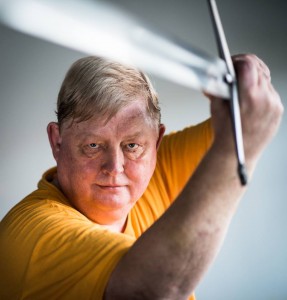 Combative Arts is a division of Combat Archaeology that is specifically devoted to the study of the art of combat. The efforts of this division are directed towards an understanding of the methods and nature of introducing order into the most chaotic aspect of human affairs, namely combat.

Here, we convey and interpret knowledge gained from contemporary practices – such as from martial arts, military experience, medical studies, sociology and psychology – which offer intricate details into how ordered combat functions on an operational level as well as its relation to the very nature of combat itself.

Combative Arts, as a constituent of Combat Archaeology, is thus uniquely positioned to comment upon the operational aspect of archaeological material of or relating to combative scenarios. The insights gained from these approaches provide not only an indispensable level of detail, but have an animating and revitalizing effect upon archaeological material and its interpretation.

Our combined efforts seek to stimulate a holistic understanding of past combat and its nature. Overarching this, the general aim is to encourage the exchange of knowledge between contemporary practitioners and academics who study or are interested in this field.

Mission Statement What is "Combat Archaeology"?