What is “Combat Archaeology”? 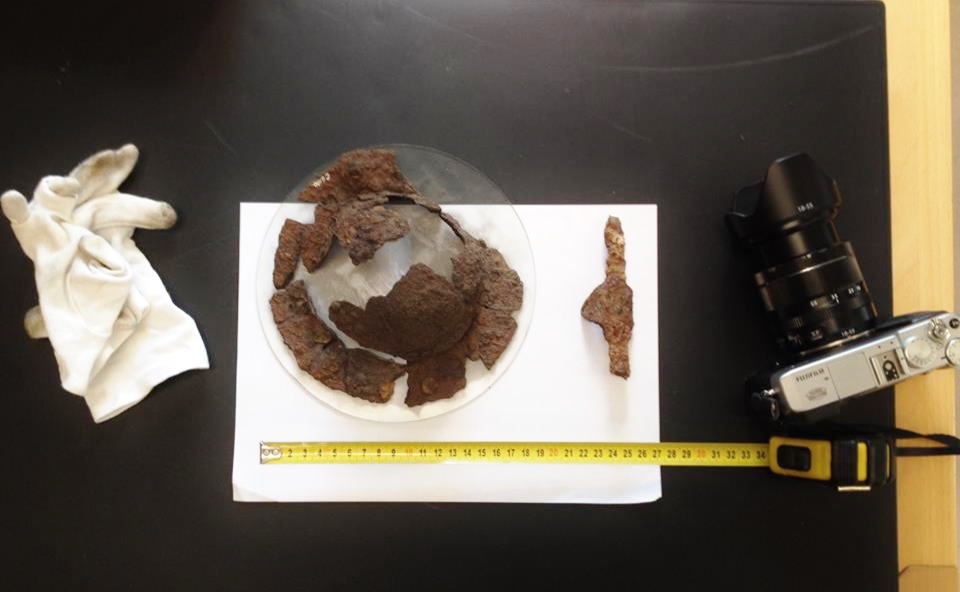 Shield boss from the Viking Age

We have adopted the term “Combat Archaeology” to signify an aspect of archaeology that concerns itself with archaeological material of a combative nature. Technically defined, it is the study of or pertaining to the recontextualization of inanimate, human-related material that is associated with either intersocietal or intrasocietal combat.

Combat archaeology is not restricted to any particular time period and encompasses research of ancient as well as modern combat in all their global varieties. Studies are highly diversified and may include interpersonal violence in Mesolithic Sudan, Chinese 18th century weaponry or European trench warfare of WWII. Simply put, where there is combat, there is a chance to practice combat archaeology, regardless of time period and geographical location. Nonetheless, it is apparent that older periods are implicitly considered more “archaeological” since they involve a larger amount of necessary recontextualization. The main body of archaeological material treated in this field includes weaponry, fortifications, landscapes, transportation means, skeletal remains, iconography and various lines of historical evidence.

Moreover, combat archaeology concerns itself not only with issues about the past, but also with how the study itself explores and presents such issues. The assessment of the nature of the archaeological record itself and the methodologies thereof thus constitutes itself as an integral component of this highly introspective field. Combat archaeology addresses questions such as “How has the study of ancient combat changed throughout the years, especially in relation to contemporary politics and academic trends?”, “Are conventional archaeological methods and strategies suitable for such specialized studies?”, “How does combat archaeology compare to other branches of archaeology or other disciplines?”, and “To what extent does the archaeologist influence the interpretation of the material?”. Other concerns of combat archaeology include conservation and the cultural resource management of relevant sites – such as battlefields and other sites of conflict – as well as public outreach. Given these aspects of combat archaeology, the study is both active in and highly relevant to the affairs of the modern world.

What is "Combative Arts"? Artefact of the Month